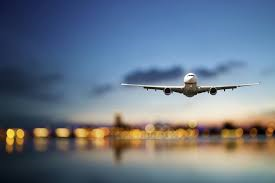 Twenty-four local and international firms have picked pre-bid forms to tender for construction of an Airport in the Albertine Graben, Uganda’s oil region, for oil development valued at over US$200 million, Civil Aviation Authority (CAA) has said Illustration by Stephen Wandera

KAMPALA. Twenty-four local and international firms have picked pre-bid forms to tender for construction of an Airport in the Albertine Graben, Uganda’s oil region, for oil development valued at over US$200 million, Civil Aviation Authority (CAA) has said.
According to CAA’s director Airports and Aviation Security Eng. John Kagoro, the exercise is expected to be concluded in a couple of weeks.
“So far, twenty-four firms have picked pre-bid forms and by end of this month, we expect them to bring back to submit for the tender. We are beginning with runways that can handle big cargo planes and small passenger planes to facilitate the oil business,” he told Daily Monitor.
Speaking at the launch of Etihad Airways, the United Arab Emirates (UAE) national carrier at Entebbe International Airport, Mr Kagoro said the firm enters Uganda at a time when more flight business is expected to grow rapidly due to oil production expected to start soon.
The new airport is a pre-requisite for the government oil development project to bring in personnel, sensitive equipment and materials during construction and operations, Mr Kagoro noted.
Addressing journalists at the launch, Etihad Airways vice president global sales, Daniel Barranger, said: “Etihad Airways will build upon the success of its Entebbe cargo flights with the launch of a new passenger service to the East African city.”
“Daily flights will be operated to Entebbe International Airport, using a two-class airbus A320 aircraft with 16 business class seats and 120 economy class seats.”
Mr Barranger said the route will provide business and leisure travellers with a direct connection between Entebbe and Etihad Airways’ Abu Dhabi hub, together with convenient onward flights to, Europe, Indian subcontinent, north Asia, south-east Asia and Australia.
Etihad president James Hogan said: “The appetite for travel to and from Africa has never been stronger, and Entebbe, one of the continent’s fastest-growing business and tourism destinations, is a great addition to Etihad Airways’ global network.

The new airline
Fleet. With a fleet of 104 aircraft, Etihad, will receive 14 airplanes in 2015, comprising four Airbus A380s, three Boeing 787-9 Dreamliners and seven A320s, according to the airline officials.

Albertine Oil and Gas Ltd is helping international companies to get established in Uganda.

The entry into the market is based on substantial experience, local network and our 3-step business model.